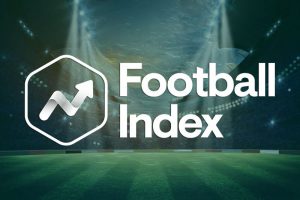 The UK Gambling Commission was warned that Football Index was doomed to a collapse of unmatched proportions more than a year before the betting firm suspended its platform.

A report sent to the regulator in January 2020 and obtained by The Guardian laid out concerns over Football Index’s activities. The document’s author, a person with extensive experience in the online gambling sector, argued that the UK-licensed betting firm’s business model seemed fundamentally flawed and unsustainable and that is potential failure could significantly impact the entire industry.

The report said that the operator’s activities represented “an exceptionally dangerous pyramid scheme under the guise of a ‘football stock market’” and that the regulator should immediately warn and protect users.

Launched in 2015, Football Index ran a sports betting platform that mimicked a stock exchange by offering users the opportunity to buy shares in football players and earn dividends over the term of their wager.

Users were also able to buy and sell their shares between themselves. The firm charged a 2% fee on these transactions. Thanks to its rather unique business model and series of marketing initiatives, including ads during Premier League matches and a recent shirt sponsorship deals with Nottingham Forest and Queens Park Rangers, Football Index accumulated a player base of approximately 500,000 bettors.

Over the past ten or so months, the operator has experienced a series of turbulences, the most recent of which, and the most serious one, occurring early this month when it announced a revised dividend structure that slashed dividends by up to 80%.

Punters reacted furiously to the overnight changes which resulted in the Football Index market crashing. The company suspended its operations and went into administration. The UK Gambling Commission suspended its license on March 11, saying “that was the first point where we had sufficient evidence to demonstrate that suspension was necessary.”

The report that the Gambling Commission received early last year noted that its licensee’s imitation of a stock exchange resulted in “unparalleled levels of irresponsible gambling behavior” from tens of thousands of customers as they were led to believe they were investing and not gambling their money.

According to the report, these punters had little or no knowledge at all that they were putting their funds at risk.

The report warned that the betting operator’s liabilities grew every time a punter purchased a share and that in early 2020 its liabilities exceeded £1 million every month. It also noted that “the only way the company can afford this long term is through the constant sale of yet more new shares to new users alongside a constant churn in positions.”

The report concluded that should the growth of the firm’s user base stop or the number of new users decline, it would “quickly find itself unable to pay these liabilities to users.”

and destined for a bank run in which the first ‘X’ percent of users manage to get some money out before the system collapses and the remainder lose everything.”

Following Football Index’s crash earlier this month, thousands of users fear they will never recoup the money they have invested.

News about the concerning report and the UK Gambling Commission’s apparent knowledge of Football Index’s unsustainable business model emerge as the regulator is subject to damning criticism that it failed to act properly as the scandal unfolded. A few days ago, the agency’s boss stepped down from his role, although it was announced his departure was unrelated to the issue.