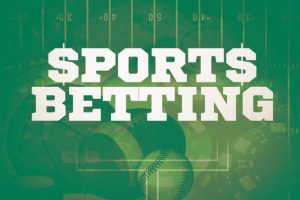 Virginia is known as the state where debates over legalizing different forms of gambling take decades. Now sports betting is officially going live in the state.

The process of legalizing sports betting in the state took almost a year, since the General Assembly decided it on a 2020 session.

The move is the latest green light for gambling in the Commonwealth over the last three decades.

At the end of 2020, after the General Assembly session, it came clear that the official opening of sports betting would happen just in time for Super Bowl.

In the meantime, the Lottery Board announced having received 25 applications for wagering license approval between October 15-31. Back then it was not able to announce any of the winning bids. However, as promised, the Board announced the first licenses in the beginning of 2021.

Last week Virginia lawmakers announced that DraftKings was the second operator after BetMGM approved to go live in the state. DraftKings received only a temporary sports betting permit.

The Virginia Lottery first went live in 1980s, followed by Colonial Downs off-track betting in the late 90s. Considering this, the sports betting legalization is a huge move to benefit all sports fanatics.

Mike Raffensburger from FanDuel explained that sports betting, just like any other mode of gambling operation, has guidelines that need to be followed.

He said that his company needs to get to know its clients. The operate almost like a bank does, by asking their customers to provide information about themselves, like an address and the last four digits of a Social Secutiry number, in order to use FanDuel.

He added: “…we use other databases to sort of confirm your identity and that you are of age and legally allowed to place a gambling wager in the state of Virginia,”

In Virginia, much like in many other states where sports betting is legalized, bets on in-state teams cannot be placed.

Many might want to place their bets, while others are not interested in doing so. This is what Brenda Hurt in Richmond is planning on doing – keeping her money close.

She said: “I need my money. I’ve got to pay bills, I can’t do nothing with gambling and giving away my money free,” she said.

Virginia is expecting several other exciting events these days like the project of a Richmond casino. The capital announced last week hiring a consultant agency to help sort through the submissions and choosing the right partner for the project. The interested parties include The Native American Tribe, the Pamunkey Indian Tribe, Cordish Group Inc. and Colonial Downs Group.