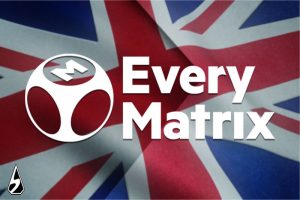 Online gambling software provider EveryMatrix this week announced that its game development division has been given the green light to supply its titles in the UK.

The company ventured into online casino game making in late 2019 when it formed Spearhead Studios. Based in Marbella, Spain, the studio was created and has been managed by the team behind GiG Games, the development division of Gaming Innovation Group, which EveryMatrix purchased earlier that year.

The software company’s UK license has recently been amended by the Gambling Commission to include Casino Host activities. That has made it possible for its in-house studio to make its growing portfolio of titles available in the local market.

Aside from providing UK-licensed operators with access to its existing games, Spearhead Studios will also plans to craft titles specifically intended to cater to this market.

The game maker develops its products using its parent company’s remote gaming server, RGS Matrix. The server currently contains 31 gaming titles, with slot hits such as Book of Souls II: El Dorado, Book of the Princess, and Blue Diamond Book being just few of these.

Since its launch, Spearhead Studios has made available its games library to more than 100 operators through both direct integrations with these and casino aggregation partnerships with major platform providers, including ORYX Gaming and Microgaming.

The studio’s titles are now offered in a number of markets across Europe and Latin America, including Spain, Sweden, Denmark, Estonia, Latvia, Lithuania, Romania, and Colombia.

Commenting on their imminent entry into the UK market, Spearhead Studios Managing Director Mathias Larsson said that they are excited to launch their titles into that market and are looking forward to “making new business connections with operators looking to source exciting titles for their players.”

The studio’s authorization to deliver its online slots and table games in the UK came as much-awaited positive development for EveryMatrix in that particular market.

In 2019, the software company shut down its white label operations in the UK after the Gambling Commission had suspended its B2C, citing weak compliance and social responsibility practices. The regulator had also informed EveryMatrix that it had been concerned with how its white label brand had managed customer interactions and that it would not lift the suspension until the firm proved that its operations were fully compliant with regulations.

Announcing that its B2C arm would close shop in the UK, the company said that “after many years of successful and unproblematic B2C operations” in the country it was forced to consider its white label business in the market “irreparably damaged”, despite its efforts to convince the local regulator that it was capable of providing services to UK players in a “safe, responsible and compliant manner.”