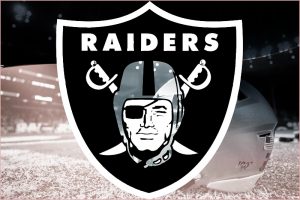 M Resort Spa Casino in Henderson, Nevada announced the opening of a Raiders-themed restaurant at the property. The restaurant, called Raiders Tavern & Grill is highly anticipated and is due to open its doors in the coming weeks.

It will feature more than 3,400 square feet of dining space, as well as two bars, Raiders memorabilia and merchandise.

Raiders Tavern & Grill is one of a kind restaurant, which owes its design and atmosphere to the rich history of the Raiders football team and the thrill of watching sports. It will have more than 45 high-definition television screens and will be the ultimate environment for fans all year-round.

Raiders President Marc Badain said: “The M Resort has been a great environment for the players, coaches, alumni and staff, so when discussion began to lend our name to a restaurant, it just made sense to look right here.”

He added: “With the launch of the Raiders Tavern & Grill, fans and the public at large will be immersed in the Silver & Black experience through décor and memorabilia while enjoying great food, drinks and service.”

Meanwhile M Resort General Manager Hussain Mahrous said: “We designed the Raiders Tavern & Grill to showcase the Las Vegas Raiders, and we’re proud to bring our partnership with this iconic organization to a new level.”

He added: “We look forward to welcoming Raider fans, sports lovers and all of our future guests to an amazing food, beer and cocktail experience here at M Resort.”

Right after the official opening of Raiders Tavern & Grill, fans of the Silver & Black will be offered a chance to commemorate the occasion by picking up their special edition Raiders-M Resort mychoice player cards for limited time only.

While M Resort Spa Casino celebrates the news with a memorable opening, other casino locations in the States are slowly but surely opening doors after long inactive period.

One of them is Route 66 Casino & Hotel, which announced resuming activity earlier this week. The New Mexico facility had to close in mid-October last year due to the increased cases of coronavirus infection. It spent almost 4 months without operating and on February 11 it is finally opening doors but with limited capacity.

Casino’s officials ensured that all health recommendations have been considered in the casino.

Meanwhile, other offerings such as table games, restaurants and Legends Theater will remain closed until further notice. Face masks are required and all guests will have their temperature checked at the entrance of the facility. Smoking is not allowed inside the building but there is an outdoor smoking area available.