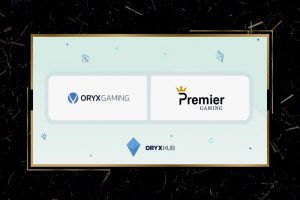 ORYX Gaming has secured another major client to deliver its third-party and exclusive RGS content to as part of its continued growth strategy.

The company on Wednesday announced that it has teamed up with Premier Gaming to take its games live across the latter’s online casino brands.

Based and licensed in Malta, Premier Gaming says its mission is to provide players with a “first-class online gaming experience.” The company operates several slots and live casino sites that are available across multiple markets, with Germany, Finland, and Sweden being just a few of these.

Its brands include Pronto Casino, a Pay N Play digital gaming venue, Slothino, Premier Live Casino, and Pronto Live Casino, which is licensed by the Swedish Gambling Authority to service players from Sweden.

As part of its recent partnership with ORYX, Premier and its venues now have access to the major supplier’s library of titles from its network of exclusive RGS providers, including Kalamba Games, Givme Games, Gamomat, Golden Hero, Arcadem, and CandleBets, among others.

The online gambling operator will also be able to add content from third-party suppliers working with ORYX, including Greentube, Pragmatic Play, and iSoftBet, via the game provider’s aggregation platform ORYX Hub.

Under the terms of its agreement with the online gaming operator, ORYX will also provide its partner and its brands with access to its player engagement platform. It is equipped with an array of tools that have demonstrated excellent performance in increasing engagement and prolonging player sessions.

These tools include real-time leaderboards, tournaments, different achievements, and jackpots.

This recent partnership will see ORYX significantly expand its regulated foothold across Europe. In recent months, the company has penned quite a few similar deals and several of these have secured it with access to the Dutch and German markets, which are soon set to be reorganized. In addition, the content supplier will soon expand its presence in the Spanish and Swiss markets.

ORYX is licensed and regulated by the Malta Gaming Authority and the Romanian National Gambling Office. In addition, its products are certified to be provided in 18 other major jurisdictions.

Commenting on their latest deal, ORYX Managing Director Matevz Mazij said that Premier runs a number of fast-growing iGaming brands with a vast customer base and that they are excited to have their premium content integrated into their casino lobbies.

Premier Marketing Manager Michael Deuringer said that by teaming up with the provider they have added “further unique content from premier suppliers” to their offering and that they have already seen “promising interest by our quality-loving player base.” Mr. Deuringer went on to say with the upcoming ORYX-supplied additions they are looking at a fantastic year ahead of them.