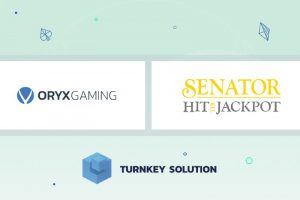 Online gambling software provider ORYX Gaming has extended its foothold in the Croatian market through a partnership with local land-based casino operator Senator.

Under the terms of a recently signed deal between the two companies, the provider has utilized its turnkey solution to take Senator online.

ORYX has provided the operator with its ORYX iGaming platform to power its newly created online gaming environment as well as with access to its ORYX Hub content aggregator and a selection of its proprietary and third-party aggregated casino content.

The provider’s ORYX Hub solution currently includes a massive library of over 10,000 casino titles from more than 100 industry providers, including ORYX itself as well as third-party content makers such as NetEnt, Greentube, EGT Digital, Play’n GO and more.

As part of the agreement, the Croatian operator will also utilize its provider partner’s real-time data and player engagement platforms, including tools such as Real Time Campaign management and Jackpots, Achievements, Leaderboards and Tournaments, and more.

Senator runs 17 land-based gambling establishments in Croatia as well as in Macedonia, Kenya, Mauritius, as well as Central and South America.

Its online casino launch in Croatia in partnership with ORYX marks its first foray in the world of digital gambling.

The deal between Senator and ORYX will further see the operator leverage the provider’s proprietary set of tools to help it build a successful online business. These include player and payments management, CRM and promotions, analytics and reporting, CMS, fraud, and promotions, bonuses, and rewards, among others.

The partnership with Senator, marks ORYX’s latest expansion effort in Croatia where it already boasts significant presence. The software provider works with the likes of Favbet and Mozzart Bet in that market.

The deal also strengthens the company’s presence across Europe where it holds licenses by the Malta Gaming Authority and the Romanian National Gambling Office (ONJN), and its online casino games are certified in 18 other major regulated jurisdictions.

Of their further expansion in Croatia, ORYX Managing Director Matevz Mazij said that the local market is enjoying great growth and they have had great success in that territory so far.

Mr. Mazij said of their new partner that it is established and respected local operator and that it is an honor to have been chosen by Senator to facilitate its online casino debut. The ORYX official further noted that with their turnkey solution and diverse content, they will help the casino operator “hit the ground running with a premium online offering.”

Senator COO Dimitar Deskoski said that they are excited to use their knowledge and expertise to launch an online gaming operation for both their existing player base and a completely new audience as digital gambling goes from strength to strength in Croatia.

He went on to say that they believe ORYX’s products offer them the best conditions for their first online venture and perfectly position them for future growth.