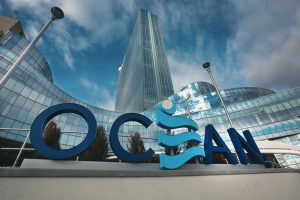 Ocean Casino Resort is set to plow $15 million into various renovations, following a year when it was the only gambling venue of Atlantic City’s nine operational properties to see an increase of its operating profit.

Work on revamping the casino and hotel complex will include upgrades to the casino floor and expansion of several of its non-gaming amenities.

Additionally, renovation plans also include the installation of new pathways throughout the gaming floor so patrons may navigate easily between different games. Ocean will also add 250 new slot machines to its existing gaming devices.

The property first opened doors in 2012 as Revel. However, it closed doors in 2014 after just two years of operation. The Boardwalk resort reopened as Ocean Resort Casino in the summer of 2018 under the ownership of late Colorado businessman Bruce Deifik.

Mr. Deifik sold the property to its current owner, New York hedge fund Luxor Capital Group, in early 2019. It was renamed as Ocean Casino Resort shortly after the sale was finalized. Under Luxor, Ocean has already spent millions of dollars into improving its existing amenities and adding new ones to its offering.

In a Monday press release, Ocean further announced that it would expand some of its non-gambling facilities, including its pools, cabanas, beach, culinary hospitality offerings, and entertainment experiences. The property said that further details about what each of these planned upgrades would entail would be released later this year.

As mentioned above, Ocean was the only Atlantic City casino resort to record a growth in its operating profit. Despite the multiple restrictions forced by the Covid-19 pandemic, the property generated profit of $21.8 million in 2020, up from $6.7 million a year earlier.

Aside from the $15 million investment into further improving its facilities, Ocean said that it has also earmarked $1 million for annual wage increases and bonuses to eligible staff members. The property further plans to donate $50,000 to several local charities.

Ocean CEO Terry Glebocki said that the resort’s “interest in our people, product, and community is a testament to the progressive direction our property is moving toward as we enter into the summer months” and that as restrictions are lifted and they begin reopening additional areas, she is thrilled to be able to present their guests with “an evolving gaming experience that is unique to the market.”

Last week, Ms. Glebocki was appointed as the new president of the Casino Association of New Jersey to become the trade organization’s first female leader.

In separate news from earlier this month, it became known that Luxor has reached a deal to sell as much as half of its ownership in Ocean to the Ilitch family of Detroit for an undisclosed amount.