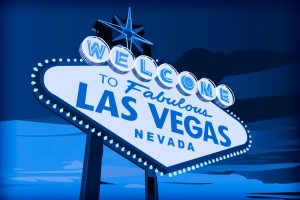 After suffering near devastating losses in the 2008 financial crisis and rebounding only to be set on its heels again by the pandemic, Las Vegas, Nevada has now posted six straight months of more than one billion dollars in wins. If the pace continues for two more months the gambling mecca will tie its own record of eight billion-dollar months set between November 2006 and May 2007. According to data published by the Nevada Gaming Control Board (NGCB), the numbers this August bested those posted for the same month in 2019, indicating that the gambling economy there is doing better than it was prior to the world health emergency of 2020.

Statewide returns were looking good too with the exception of casinos in the Lake Tahoe area that suffered a decline in visits due to the summer’s Caldor Fire which closed the main highway through the area. Those areas showed near double-digit growth year to year but those numbers were eclipsed by casinos on the Strip that posted an over 97% increase from the same time last year and the overall statewide increase of nearly 57% from August 2020. Clark County itself didn’t quite reach the billion dollar sweeps but posted over $993m, a sizable increase over last year’s roughly $594m take – an increase of about 67%. While this year’s numbers for Las Vegas are an important milestone and reflect increased gambling overall, the data also includes the wins from casinos that were not open at this time last year including Resorts World Las Vegas, Virgin Hotels Las Vegas, and Circa – the first from the ground up hotel casino to be built in the city science 1980. Circa opened Downtown on land that once housed the Las Vegas Club, Glitter Gulch, and Mermaids casinos. All told, Downtown casinos picked up an increase of more than 23% from 2019 while off-Strip properties were up about 19% from the last year of the pre-pandemic era.

According to J.P. Morgan analyst, Joseph Greff, the year on year numbers paint a picture of robust recovery no matter how you look at them. Every category of gaming on the Strip outpaced the 2019 numbers with the amount bet on slot machines up 26% and the casinos’ win increasing 38%. Fiscal year tax collections so far over last year were up about $264m or 11.4% over the previous fiscal year to date numbers.

The post Las Vegas on a roll with 6th straight month of $1B wins appeared first on Casino News Daily.