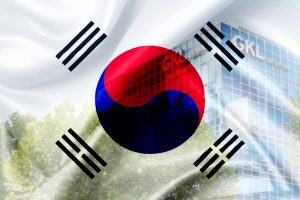 Grand Korea Leisure (GKL) is a foreigner-only casino operator in South Korea. It announced that three of its casinos in Seoul and Busan will remain closed until February 15.

The extension of the inactive period was confirmed last Sunday by the government. The reason for that is the current coronavirus pandemic. The restriction aims to detain the latest outbreak of COVID-19.

Part of those restrictions include maintaining the second highest of the five alert tiers in South Korea and that is the Level 2.5 alert across Greater Seoul. The alert level for the rest of the country remains 2.

In the meantime, South Korea reported 305 new coronavirus cases, which is the lowest number in two months.

The situation with the pandemic seems to be improving, but the government takes measures to make sure this stays the same. The extended alert though means that there will be no immediate reopening for GKL with Gangnam COEX, Gangbuk Millenium Seoul Hilton and Seven Luck Casino in Busan Lotte will all remain closed until at least 9am on 15 February.

Grand Korea Leisure is a subsidiary of the Korea Tourism Organization, which in turn is affiliated to South Korea’s Ministry of Culture, Sports and Tourism.

As a response to the rising COVID-19 cases, it closed both its Seoul properties on November 24 and the Busan casino on December 1.

On Monday GKL representatives announced that the casino sales losses expected will be worth KRW32.6 billion (US$29.2 million) for the extended closure period. The amount is based on average daily net sales from July to September last year.

Another foreigner-only casino operator Paradise Co did not close its venues in Seoul, Busan and Inchein. It only briefly closed Paradise Walkerhill in Seoul in December.

The current pandemic caused many losses for the gambling industry since casino venues all around the world had to remain closed in order to retain the virus.

Two weeks ago, Grand Victoria Casino in the state of Illinois announced reopening after being closed for two months. The facility had to close doors in November due to the increased number of COVID-19 cases.

Casino’s representatives expressed their excitement for having the opportunity to reopen and stated that all safety protocols will be in place to make sure all customers are protected.

This means that there will be no inside dining and drinking and all the machines will be disinfected regularly, as well as the restrooms and many other frequently touched surfaces.

Even after the reopening, the brand does not expect to see increase of revenue.