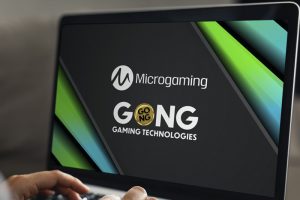 GONG was launched last year by a team of gambling industry veterans who boast more than two decades of experience in the field. The studio itself says that it is devoted to crafting “sensational, premium entertainment products.”

Despite being young, GONG has already assembled quite an impressive portfolio of titles that are all powered by innovative technology and offer striking themes and engaging stories. Prior to its exclusive agreement with Microgaming, the developer had worked with the major provider on the creation and launch of two online slot titles – Pirate’s Quest and Skulls Heap.

Inferno Gladiator is a 5×3, 25-payline online slot that is set against the backdrop of a fiery colosseum and is packed with different features, including Wilds, Sticky Wilds, Free Spins, and Multipliers of up to 10x. This high volatility game’s RTP stands at around 95.04%, which is about average.

Constantly Looking to Improve and Innovate

Commenting on their exclusive partnership with Microgaming, GONG Gaming Technologies co-founder and CEO Dima Farbman said that they are honored and excited to be able to collaborate with the major industry provider.

Mr. Farbman went on to say that their main goal is to “create high quality, entertaining, and engaging games” and that they are always looking to improve and innovate their offering. He further noted that they are pleased with how their two earlier Microgaming releases, Pirate’s Quest and Skull Heap, were received and are looking forward to taking their future content to the next level together with their new exclusive partner.

Andrew Booth, Director of Games at Microgaming, added that it is great to see a new studio bringing a rich portfolio of games to the market in such a rapid manner and that they are thrilled to welcome GONG and its products on their iGaming platform. Mr. Booth added that with a “maths-first logic, and some great creations to their name already, GONG are actively pursuing innovative content.”

He concluded his statement by expressing confidence in the young studio’s potential to “deliver even more sophisticated gaming technology wrapped up with strong artwork, into the future.”

Infernal Gladiator was rolled out on April 12 and was part of Microgaming’s rich April lineup of new titles, which also includes the provider’s newest Megaways game – 8 Golden Skulls of Holly Roger Megaways from Buck Stakes entertainment, Queen of Alexandria WowPot from Neon Valley Studios, Gold Collector from All41 Studios, and more.