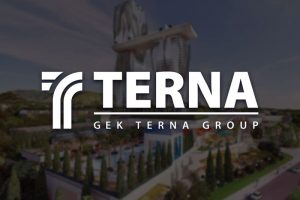 Greek construction giant GEK Terna has reportedly remained the sole shareholder in the billion-euro project for the development of a casino resort as part of the larger Ellinikon scheme near Athens.

According to a recent report by local news outlet Kathimerini, Mohegan Gaming & Entertainment is still interested in participating in the project in some capacity, but it will not have a stake in it. The company will only be expected to bring its experience in operating integrated casino resorts.

A consortium between GEK Terna and Mohegan was selected in the fall of 2020 as the preferred bidder to build and run a luxury casino and hotel complex as part of a larger development scheme planned for the site of Athens’ former international airport, located just outside the Greek capital.

The consortium proposed the €1 billion INSPIRE Athens resort that would feature a casino with multiple slot machines and table games, upscale accommodation and multiple dining, entertainment, and retail options, among other amenities.

Under the original arrangement, Mohegan, a Connecticut-based gaming and hospitality company, had a 65% stake in the consortium, while GEK Terna only held 35%. It is understood the Greek construction company has remained the sole stakeholder in the scheme after its US partner withdrew from it this past spring.

The developer has submitted the necessary paperwork to sign a contract with the Hellenic Gaming Commission, Greece’s gambling regulators, Kathimerini further reported earlier this week. GEK Terna is now awaiting regulatory approval and the Gaming Commission’s official invitation to sign the required contract.

Hard Rock Could Enter the Project

According to reports from local news outlets, the INSPIRE Athens project will likely see new partners step in. It is believed that GEK Terna is currently holding discussions with Hard Rock International, a Florida-based casino and hospitality operator.

It should be noted that Hard Rock participated in the casino tender process as the only other bidder rivaling Mohegan’s proposal. The company was disqualified from the race in January 2020 because its offer was deemed incomplete as it lacked bank guarantee that should have demonstrated Hard Rock’s capability to fund its project.

If a separate round of reports is to be believed, other partners may too enter the consortium, including ones from the investment funds sector or the hotel industry. In any case, it seems that the casino portion of the Ellinikon project is set to move forward and that GEK Terna is confident there is investor interest in the planned gaming complex.

The larger Ellinikon development is projected to spread over a total area of 6.2 million square meters. In addition to a casino resort, it will also include multiple residential towers, a multi-purpose events center, an observation tower, office amenities, a marina, free-access public beach, and different food and beverage and retail facilities.