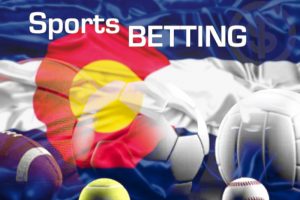 Colorado announced another sports betting record for the month of January with $326.9 million wagered.

News came from the state’s revenue department this week. According to the information issued, each of the nine months since sports betting has been legalized, Colorado has seen increased wagers.

Since the date of the official legalization, May 1 of last year, over $1.5 billion have been made in online and retail wagers, according to the Colorado Department of Revenue’s Division of Gaming.

According to the Division of Gamin, in January this year, the state collected nearly $1.2 million in taxes on sports betting wagers, which is a 125% increase from the prior month.

According to the industry website, Colorado has the real potential to hit $3 billion in sports wagers in 2021.
An analyst for PlayColorado website, Jessica Welman said: “What’s really stuck out is just how relentless Colorado’s growth has been.”

She added: “Every month we get new data. Every month sportsbooks set a new state record. There has been no letup regardless of what has happened with sports schedules during this pandemic. Growth is the rule in just about every legal jurisdiction, but none have had such a long, consistent upward trajectory.”

According to the website, Colorado had the sixth-largest sports betting market based on January’s total wagers.

The state legalized sports gambling in November 2019 through Proposition DD, which passed which passed with 51% support. Since May 1, players from the state can officially bet on their favorite sports teams.

Four online sportsbooks were launched in the state on the first day of legal sports betting, and later in the month, more were launched.

By the time Colorado legalized sports betting, many other states had done the same. What is special about sports betting in Colorado is that its legalization came at an unusual time and unusual situation.

In the middle of the pandemic, when people were advised to stay home and the industry started noticing the first financial losses from the closing of casino facilities, Colorado citizens were given the unique opportunity to bet on their favourite sports from the comfort of their homes.

BetMGM and Roar Digital were the first operators to go live prior to the legalization of sports betting in the state, which is now bringing record-breaking amounts from wagers for Colorado.

Source: “Colorado sees another month of record growth in sports betting with $326.9 million wagered in January”, The Daily Sentinel, February 25, 2021