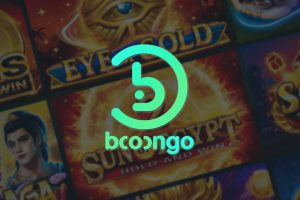 Under the terms of a recently penned deal between the studio and the operator, DoradoBet will gain access to Booongo’s entire suite of online slots, including highly innovative and popular Hold and Win titles Dragon Pearls and Aztec Sun as well as recently launched 3 Coins.

As part of this new partnership, DoradoBet’s players will also be able to benefit from the developer and provider’s collection of gamification tools, including its slot tournaments. Each of these products has been designed to enhance player engagement and retention.

Booongo specializes in the creation and delivery of HTML5 casino games that are equipped with intriguing 2D and 3D graphics and nice features for the optimal iGaming experience across both desktop and mobile.

In addition to its constantly growing slot portfolio, the company, as already noted above, also offers a nice selection of engagement tools that are proven to attract, engage, and retain players of different demographics around the world. Both the games and the engagement tools are available via a quick and seamless API integration and come with full back office support.

Commenting on their latest major commercial deal, Booongo Commercial Director Sebastian Damian said that DoradoBet is an exciting operator that they are delighted to be able to work with as they look to continue their growth across Latin America, one of the fastest-growing and most lucrative iGaming markets.

Mr. Damian went on to say that their offering has been received extremely well in the region and that it is fantastic to be able to team up with dedicated and innovative partners.

Jose Luis Osorio, Head of New Business at the Peru-focused online gambling operator, said that they are consistently on the lookout for new immersive content and that Booongo’s growing collection of Hold and Win games offer unique experience for their players to try out.

The DoradoBet official went on to say that with “an exciting roadmap ahead and a detailed gamification suite,” they are thrilled to form this alliance with Booongo and eagerly await the response of their players to the studio’s titles.

This is the latest in a series of LatAm-focused deals announced by Booongo in recent months. In March, the games maker teamed up with Colombian online gaming platform provider Virtualsoft. The deal will see Virtualsoft provide its clients and their players with access to Booongo’s library of online slots and gamification suite.

In similar moves, Booongo has formed alliances with Latin America-focused companies The Ear Platform and Wargos Technology and has furthered its footing in the region.