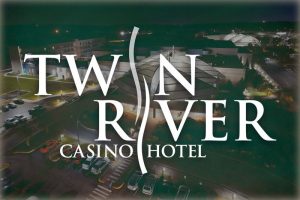 Bally’s Corp. on Thursday broke ground on a $100 million expansion of the larger of its two casinos in Rhode Island.

Its sister property in Tiverton will be called Bally’s Tiverton Casino as part of Bally’s wider effort to rename all its properties across the US after it acquired the iconic Bally’s brand from Caesars last fall in a $20 million deal.

Gov. McKee said that they were in Lincoln to “celebrate an investment in Rhode Island, to celebrate well-paying jobs, to celebrate tourism.”

The $100 million expansion project includes the addition of 40,000 square feet of new gaming space, a 14,000-square-foot spa area, and an enhanced food hall area, among other amenities.

The additional casino space will be located on the first floor to allow for the majority of gambling action to take place on a single floor. This would free up the building’s second floor for additional entertainment options.

Expansion to Be Unveiled Next Fall

Property officials said that they expect to complete the expansion project by October 2022. They further noted that they intend to “absolutely” upgrade and enhance the resort-style experience at the Lincoln location.

The multi-million dollar expansion project is the by-product of a 20-year no-bid lottery deal between Rhode Island and Bally’s and its gaming machine partner IGT that Gov. McKee authorized earlier this year.

The gambling venue will remain fully operational throughout construction, it also became known.

Bally’s VP of Operations Paul Juliano said Thursday that “undoubtedly, the combined improvements we will make in our facilities and in our customer offerings will well-position our Rhode Island properties to continue to play a key role in the economic prosperity of our state.”

The expansion of Rhode Island’s casinos could prompt neighboring Massachusetts to convert its commercial slots-only parlor Plainridge Park Casino into a full-scale gaming facility. A duo of Massachusetts lawmakers are looking to gain enough support in the state Legislature to permit the venue’s expansion.

The two legislators, Reps. Shawn Dooley and Jeff Roy, are calling for the addition of up to 30 table games and 250 slot machines at Plainridge that would enable the state to “best compete with our neighbors in the south, protect jobs, local businesses, and the tax revenues that have been generated.”