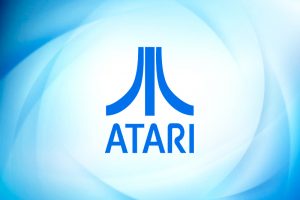 Video game pioneer Atari has teamed up with Decentral Games to launch an Ethereum-based casino in its latest venture into the crypto space.

Powered by Decentral Games, the new Atari Casino is set to be launched in May. It will be a 20-parcel digital establishment located in the Casino Quarter of Vegas City in Decentraland.

Atari’s predecessor companies raised early generations of 70s- and 80s-born gamers with arcade and home classics like Pong, Asteroids, and Missile Command. However, the company has in the past few decades been sidelined by bigger and more relevant rivals.

Its alliance with Decentral Games will move its experience onto the blockchain and is hoped to help it bring its offering more in line with what the modern-day user wants and seeks in a gaming environment.

Crypto casinos, along with everything crypto-related, have attracted mixed response. Digital currency enthusiasts view these as the future of online gambling, but critics are not slowing down in their slamming.

The new crypto casino will be based on Decentral Games technology and will feature revamped versions of popular Atari games, including a special game that will be based on skill and not on chance. There will also be games where players will have to rely solely on their luck as well as ones featuring a mix of skill and luck.

Decentral Games said that with these new products they expect to attract new players to their community soon.

As mentioned above, players will be able to win $DG, the native Decentral Games token, by wagering with MANA, DAI, and Atari tokens.

Those who grew up with Atari’s games will easily recognize its new casino’s building as its facade will resemble the company’s legendary stylized A, or “the Fuji” as the logo is affectionately nicknamed by fans.

In digital worlds like this one, players are represented by an avatar in order to interact with the metaverse.

The new venue will also feature Atari non-fungible tokens (NFTs), which can be used by players to earn more $DG. NFTs have seen their popularity rocket into the stratosphere over the past several months as an alternative investment vehicle. This token refers to a unit of currency on the blockchain that you cannot exchange for another thing of equal value.

NFTs can range from pieces of fine digital art and rare collectibles to land plots in online environments.

Decentral Games said that it will announce an official launch party for the new casino in April. Players will have the chance to win NFT wearables as well as Atari and $DG tokens. Platinum-selling DJ Dillon Francis will join celebrations.

The two companies behind the new crypto casino project expect to handle $150 million in bets from players by the end of the year and over $400 million over two years.