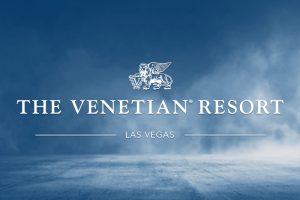 The company announced that it has entered into a definitive agreement to purchase the operating company of the luxury casino resort and the adjacent Sands Expo and Convention Center for $2.25 billion from owner Las Vegas Sands.

Real estate investment trust VICI Properties will buy the land and real estate assets of the two venues for $4 billion. The deal values The Venetian and the convention center at $6.25 billion. Once the transaction closes, Apollo will enter into a long-term, triple net lease agreement with VICI for the gambling resort.

The deal is subject to regulatory approval and is expected to close in the fourth quarter of the year.

The above amount is in line with what analysts predicted Sands may scoop when it first revealed back in October that discussions over the potential sale of The Venetian and the Sands Expo and Convention Center were under way.

The sale of the properties marks the major casino resort operator’s exit from Las Vegas. The departure from one of the world’s largest gambling hubs will see Sands to concentrate its portfolio entirely on the Asian market that has long been forming the backbone of the company.

The casino operator currently operates properties in Macau and Singapore. These generated more than 85% of its revenue in 2019.

This recent deal marks another venture for Apollo into the gambling industry. Late last year, the buyout firm announced the acquisition of Canadian casino giant Great Canadian Gaming Corporation for $2.63 billion. The deal is subject to regulatory approval.

It was also in the final months of 2020 when Apollo approached William Hill with a takeover offer. However, the British bookmaker ultimately accepted a rival bid from casino operator Caesars Entertainment Inc.

Of their acquisition of The Venetian, Apollo Partner Alex van Hoek said that they see significant opportunity to invest in the casino resort and accelerate its growth and that “the team at Las Vegas Sands, under the leadership and vision of Sheldon Adelson, built an irreplaceable asset that is renowned for its quality, scale and integrated offerings.”

Late businessman Sheldon Adelson opened The Venetian in the late 1990s on the side of the former Sands casino. The property catered to the lucrative group of business travelers and conference-goers from the start.